Casual movie fans often miss the true depth of Francis Ford Coppola’s Apocalypse Now. The film remains highly controversial – if not simply objectionable to some veterans of the Vietnam War. Now, twenty years since its debut, a new four hour, forty-eight minute version has been unleashed.
The existence of additional footage has long been denied, but as you can now see for yourself, it does indeed exist. This new package features a more serene Lieutenant Colonel Kilgore, nude Playboy bunnies, the entire French plantation scene, Martin Sheen’s Captain Benjamin Willard using children as spear catchers, his reflection on the joys of slaughter, the shotgun death of Dennis Hopper’s photojournalist, Colonel Kurtz philosophizing in broad daylight, and much sex.

Coppola’s intentions with the film were perhaps obscure, especially considering the Kubrick-like finale. What many critics of the film fail to consider is the original Joseph Conrad novel Heart of Darkness (1902) on which the film was based. The gist of Conrad’s is present in the film, but heavily disguised – or at least accessorized. Originally set in Belgian Congo, Mr. Kurtz (Colonel Kurtz in the film) was a wayward ivory merchant for a trading company, and “Chief of the Inner Station.” A colleague described him as “an emissary of pity, and science, and progress, and devil knows what else.” His methods and motives make him the embodiment of evil and hypocrisy, while in the film his monologues show him to be a true Machiavellian military leader whose own command staff are comfortable with.
Captain Willard (Martin Sheen) assumes the role of Charlie Marlow as narrator, adds a few character flaws that foreshadow a perilous journey. Lt. Col. Kilgore is based on one of the Stetson-wearing founding officers of air mobility. The crew of the patrol boat was comprised in the novel by former Royal Navy seamen turned professional sailors. The manager of Kurtz’s Inner Station was almost tailor made for Dennis Hopper’s doting, awestruck, and not just a little wacky photojournalist character.
This re-release includes the original film version, complete with the airstrike on Kurtz’s compound after the credits, the fascinating documentary Hearts of Darkness, a Filmmaker’s Apocalypse, and other goodies.
Though there is much more grist for the intellect of the reader in the novel, Apocalypse Now does an excellent job of transcribing the pessimistic and despairing tone of Conrad’s masterwork for the late 20th century. Sadly it is precisely this point that many of the film’s critics fail to see when judging Apocalpyse Now as just another Vietnam War movie. 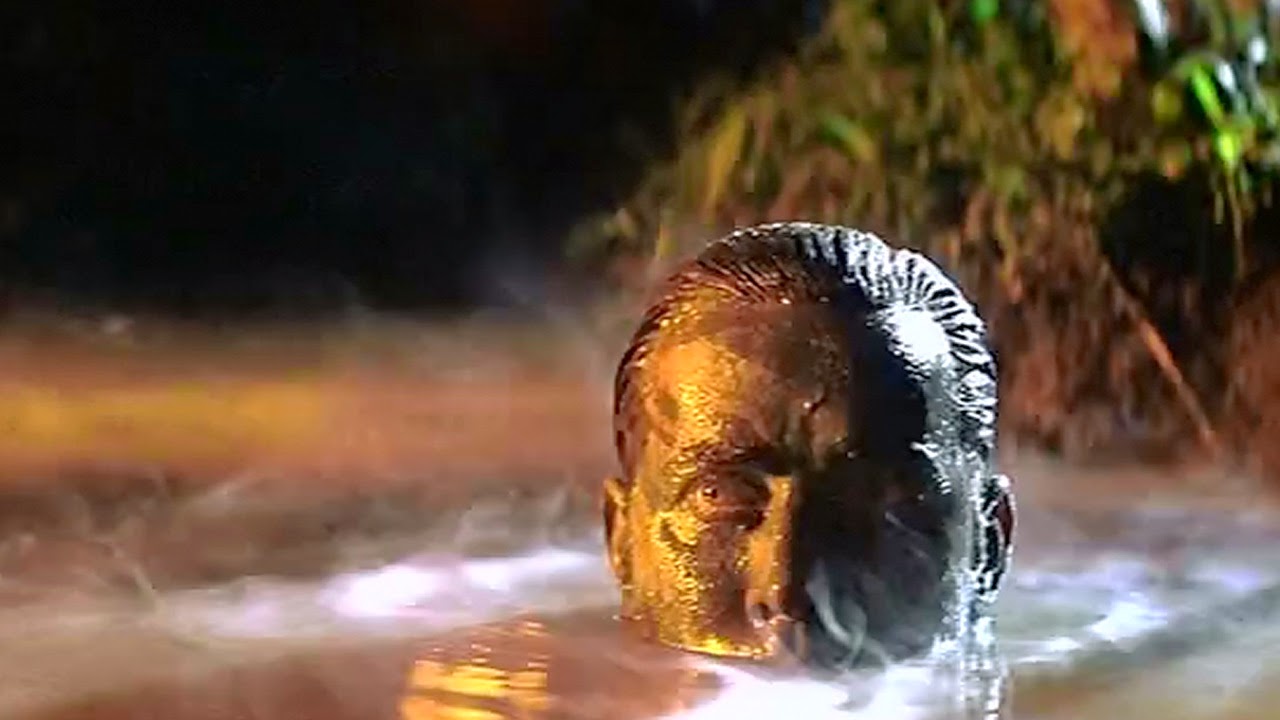 Charlie Marlow, just as Captain Willard, ends up admiring Kurtz, and though Mr. Kurtz dies a peaceful death as opposed to the Colonel’s ultra-violent end, their parting words are the same. They reflect an intellect fed up with the brutality of the world around them, and that only recently has come to understand that this is the world that made him. “The horror! The horror!”