For more information or to get started with your appraisal or consultation, call me at (816) 289-5400 (Kansas City area) or email me at charlesrkeller@gmail.com

My window on the past has a long and unique view. After earning a degree in History from the University of Missouri at Kansas City in 1995, I began working with international literary societies, institutions and auction houses as an authenticator and appraiser of antiques, historical artifacts, books, fine art, and regular estates.

Since 1998 I have regularly appraised items spanning thousands of years of history in both private and institutional settings, and I remain committed to protecting international cultural antiquities from unethical and illegal trafficking.

My breadth of experience includes frequent consultation with museums and galleries, authors, and media, as well as working over extended periods with three large regional auction houses with unique specialties – from historical militaria to general collectibles to fine art and high-end antiques. I also maintain a network of other appraisers and consultants with expertise outside my own areas and will refer to them to assure your appraisal meets the highest standards possible.

I have attended the Rare Book School at the University of Virginia, Charlottesville and completed the intensive Principles of Bibliographic Description course which deals with the physical examination and description of printed books, especially of the period 1550–1900.

I have consulted with the Imperial War Museum, London, appeared as a guest lecturer at universities and local colleges, as well as assisted New York Times fact-checkers for various articles and programs. I am an occasional speaker at the National World War I Museum at the Liberty Memorial in Kansas City – where for a time I also served on the Board of Trustees and Museum Accessions committee. I have also been heard on the BBC, and still appear regularly on radio regarding fine art and collecting in the United States. 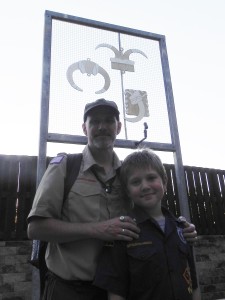 I have also served on the Executive Committee of the H.G. Wells Society (UK) since 2001.

Based in Lee’s Summit, Missouri, I have been an amateur astronomer since 1975, and am a licensed Extra Class amateur radio operator, callsign KF0COM. Other memberships include the American Radio Relay League (ARRL) and the Society of Amateur Radio Astronomers (SARA).