Gathering the Eagles, Marching to Glory 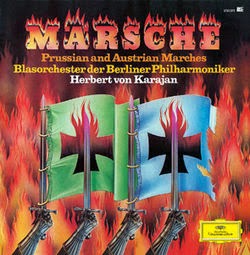 Philosopher Immanuel Kant once called music the “quickening art,” because nothing stirs the emotions more effectively than a rousing piece of music. Literally every military in the world employs some type of patriotic music for its troops and countrymen. In the USA, John Phillip Sousa is the final word for patriotic music.
When Prussia began collecting military marches in 1817, they drew from Russian and Austrian sources as well as their own. Austria never comprehensively collected her marches, and it was not until 1905 that Austrian regiments were animated with “march past” music through an order, “Procedure for the Imperial and Royal Army.” Prussian king Frederick Wilhelm III’s 1817 decree stated that “in order to assist the regiments of the army in the choice of good military music, I have commanded a collection of proven military pieces to be prepared, and a set of them is to be supplied to each regiment. 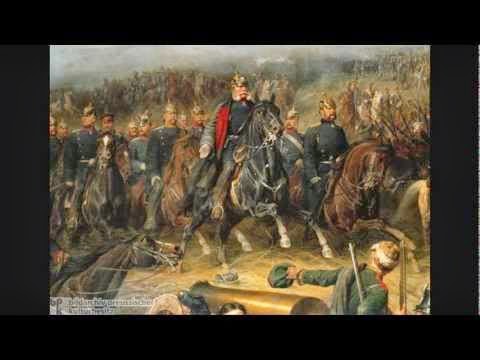 Differences between Austrian and Prussian marches is often striking. Prussian marches tend to be very structured, with patriotic discipline, whilst Austrian marches tend to be more poetic and light. A good comparison would be Austria’s “Unter dem Doppeladler” (Under the Double Eagle) and Prussia’s “Hohenfriedberger Marsch.” “Unter dem Doppeladler” was written by Josef Franz Wagner, and assigned to the Federal Austrian Army’s 1st Artillery Regiment No. 2. “Hohenfriedberger Marsch” is thought to have been written around 1750, and is widely attributed to Frederick the Great, himself being a composer – though no evidence for his authoring this piece exists. “Unter dem Doppeladler” has a distinct bounce and an almost carnival, dance-like appeal. “Hohenfriedberger Marsch” is all patriotic business, stirring the blood and soul from the first trumpet fanfare.
Manion’s auction 218 offered a series of superb albums of German and Austrian march music, the most notable being Prussian and Austrian Marches, as performed by the Berlin Philharmonic, conducted by the legendary Herbert von Karajan.
The two-album set was issued by Deutsche Grammophon in 1974 with a full-color gatefold jacket and fourteen page booklet. Deutsche Grammophon, “DG” to some, is known for minute attention to detail, and for including historical liner notes in each of their releases. This booklet’s liner notes, translated from German to English and French is a fine example. Not only does it give historical insights into each of the marches included, but contains 30 full color paintings and illustrations of Beethoven, Wagner, Frederick the Great, Kaiser Wilhelm II, Kaiser Franz Josef, Austrian flags and standards, Tirolean Imperial Marksmen, bandsmen from the Hungarian and German infantry, a battle scene of Alexander Ritter von Bensa, a Prussian Garde-Uhlan, General Duke Pappenheim, a late 19thcentury through the Brandenburg Gate, and more.
Of the thirty marches presented we find several pieces composed by some of the greatest names in classical music. Personal favorite Ludwig van Beethoven starts things off with “Yorck March,” originally written for the Archduke Anton in 1809, and which came under its current title in the Prussian March Collection of 1817.
“St. Petersburg March” is attributed to a Finnish military bandmaster who, legend has it, was awarded a gold clock by the Russian Tsar for its composition. But the fact remains that its melody was already widely known in Germany and had long been played by many regiments in Berlin.
The “Pappenheim March” was written as a reminder of the Thirty Years’ War, and commemorates the service of General Heinrich, Duke of Pappenheim who died in the Battle of Lützen, 1632. The piece is usually attributed to Michael Hayden, the younger brother of Mozart’s mentor, Joseph Hayden. Joseph was the composer of the “String Quartet in C Major, ‘Emperor,’” the second movement of which was adopted as the German national anthem, “Deutschland über alles.”
The great Austrian composer and conductor to the First Viennese Citzen’s Regiment Johann Strauss, father of the “Waltz King,” Johann Strauss Jr., give us “March from ‘The Gipsy Baron.’” It also epitomizes the lightness and free spirit of the Austrian march style.
The great Richard Wagner encouraged the arrangement of military marches from themes in his operas. He belonged to the class of composers known historically as “nationalist.” This movement included other luminaries such as Tchaikovsky, Dvorak, Rimsky-Korsakov, and Mussorgsky. Wagner’s “Nibelungen March” presented here is taken from his famous opera cycle “Der Ring des Nibelungen,” and was arranged by Gottfried Sonntag, bandmaster of the 7th Bavarian Infantry Regiment in Bayreuth, Wagner’s hand-picked festival city.
“The Great Elector’s Cavalry” was written by Cuno Count von Moltke, who dedicated it to Kaiser Wilhelm II. It became the official march for the Breslau 1stRegiment of Life Guards “Grosser Kurfürst,” which Moltke himself commanded until 1899.
This is just an overview of the marches included on the double LP, as well as other LPs featured in auction 218. Militarism and its trappings were deemphasized after 1918, but reawakened with the rise of the Third Reich, and the Nazi desire to connect themselves with glittering age of Prussia and the early German confederation…and also because of their obvious inability to create lasting music of their own.