Kansas City’s venerable public television station, KCPT, held their 2015 Antique Appraisal Fair on June 6th at the Overland Park Convention Center. The fair is a popular fundraising event for the station, and I was asked to participate again this year.

Over 700 items were brought in by 366 patrons, each having pledged $125 to support the station. The day gave me the pleasure of working alongside several old friends, as well as a cadre of other experts representing a wide variety of specialties – from my own historical and militaria realms to fine and folk art, jewelry and gemstones, vintage radios, firearms, general antiques and collectibles, and books.
The fair never fails to lure rare and exotic items from their local hiding places – and it must also be admitted, the mundane and common. Early birds were ushered to us in shifts during the morning, which reduced waiting times for the most part. After lunch was less regimented but went as smoothly as the morning shifts.

More professional photographs of the event have just been posted to KCPT’s website, here are some of my snapshots. 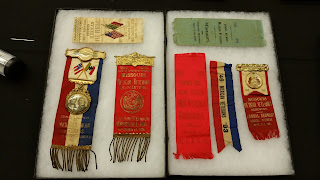 The most notable things I saw were an archive of photos from a WWI soldier that served alongside Captain Harry S. Truman – and included numerous Truman-signed personal letters, a fine collection of Mexican War (1846-1848) veteran ribbons, a turn-of-the-20th-century French fire helmet, and a LeMat revolver – the preferred sidearm of C.S.A. General Jeb Stuart. 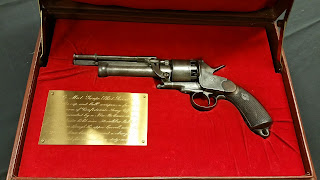 Apart from being great entertainment for KCPT supporters, it is a fantastic opportunity for local appraisers to give back to the community themselves. Credit to my friend Jason Roske for organizing the fair once again this year, as well as some of my other close friends and colleagues present that day: David Schulman, John Conway, Andrew Turner, Tracey Kahle, and Ron Brown. 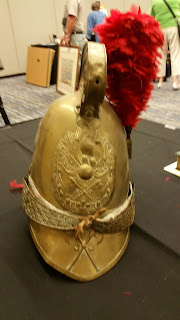