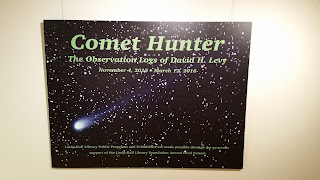 After finishing an appraisal inspection in midtown Kansas City a last month, I stopped by the Linda Hall Library of Science and Engineering on the UMKC campus.
Opened in 1946, the library is privately funded and is “the world’s foremost independent research library devoted to science, engineering, and technology.” 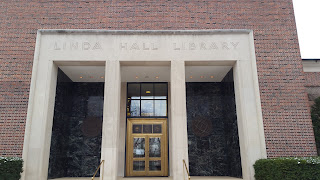 It had been a while since I last visited and was reminded of the fact when I found a story online about how Canadian comet hunter David Levy had donated his observing logs to the library last September. How I missed that, I don’t know.
The library has seen several significant renovations since I ast visited, including the William M. Deramus III Cosmology Theater, and an expanded area for Special Collections and Rare Books.
I was chatting with the assistant librarian for the History of Science about our both having attended the University of Virginia’s Rare Book School and endured the Principles of Descriptive Bibliography course, when Bill Ashworth, instructor for the university’s History of Astronomy course I took over 20 years ago, came by. I had not seen him since Dr. J.A. Stack’s memorial service at the library in 1997, and it was good to catch up.
Anyway, apart from getting a new library card, I wanted to see David Levy’s observing logs, which are now on display. I was very pleasantly surprised to see his observing log from when he was eleven looked very much like my own at that age. Of course he went on to become of the 20thcentury’s most prolific comet hunters. 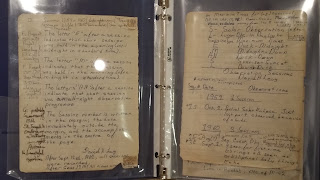 Perhaps the most famous of his discoveries was Shoemaker-Levy 9, a comet that fragmented and crashed into Jupiter over the course of six days in July 1994.
Here are some pics from the exhibit: 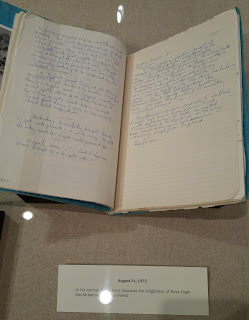 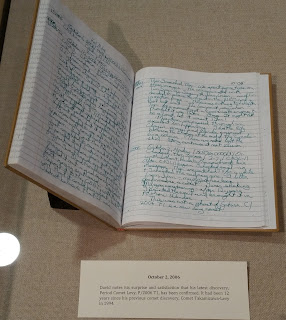 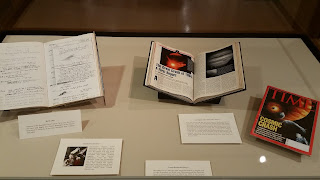 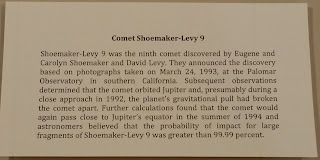 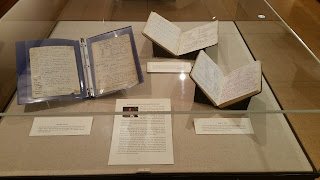 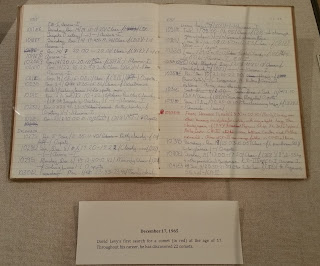 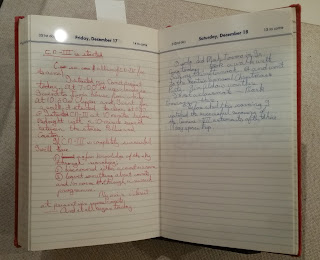 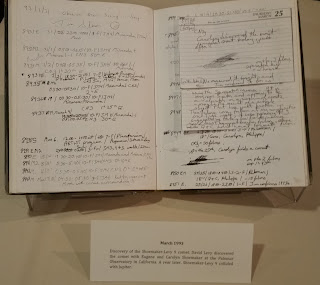 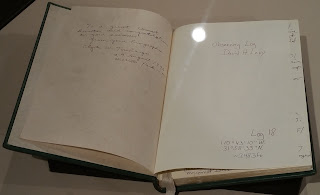