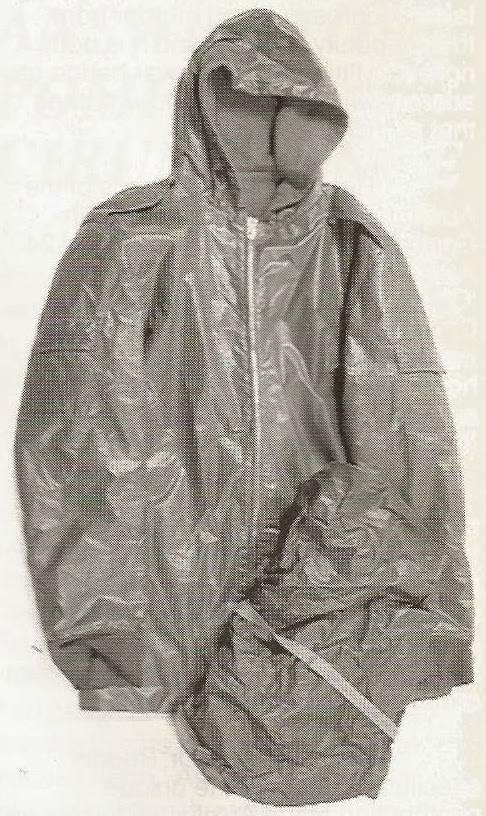 Though there will always be mysterious theater-made pieces of clothing, insignia, and equipment emerging from any war, it is especially gratifying to find an authentic example of one years later. Among the legends was to emerge from the Second World War was one of a curious foul weather jacket made from Army sleeping bag covers. We here at Manion’s have very recently unearthed one of these rare creatures.
This particular jacket was made by a professional tailor in Germany during the early days of the Allied occupation. It is lined from hem to hood with a standard OD wool blanket, and has two spacious patch pockets inside. Since sleeping bag covers were stitched to fit neatly over the bags, this jacket is necessarily composed of no fewer than nine sections; the back – the largest continuous piece, two for the hood, two for each arm, and two for the chest.

Each upper arm has a symmetrically positioned flap pocket for packs of cigarettes, and each sleeve has knit cuffs. “Opti” zippers are found as the front closure and also to each side. These side zippers run nine inches vertically, and are designed to be unzipped for comfort while sitting. This jacket is particularly impressive for the obvious care taken by the tailor in the stitching. The epaulettes include OD plastic buttons, and the liner fits like a glove.
The piece was offered in auction 210 at Manion’s Interntaional Auction House, Kansas City, in March 2000.